I love words. I love learning new words. I love using clever words in my day to day conversations and had so much fun with this quirky little behaviour on an almost daily basis when in the office during my career days. Imagine my delight when the Photo Challenge presented today for the week is a new word for my files – Flâneur! What a cool word and what a cool behaviour it defines….”a detached observer of street life and surroundings…..”

I found myself being fascinated in such a way on my vacation in B.C. last month and sure enough I collected some images that reflected this fascination with the world around me. 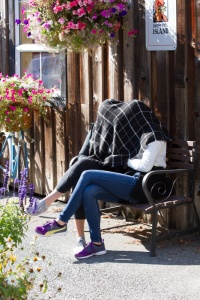 This country gal, fresh off the ranch….observing the self-defined “oddities” around me. 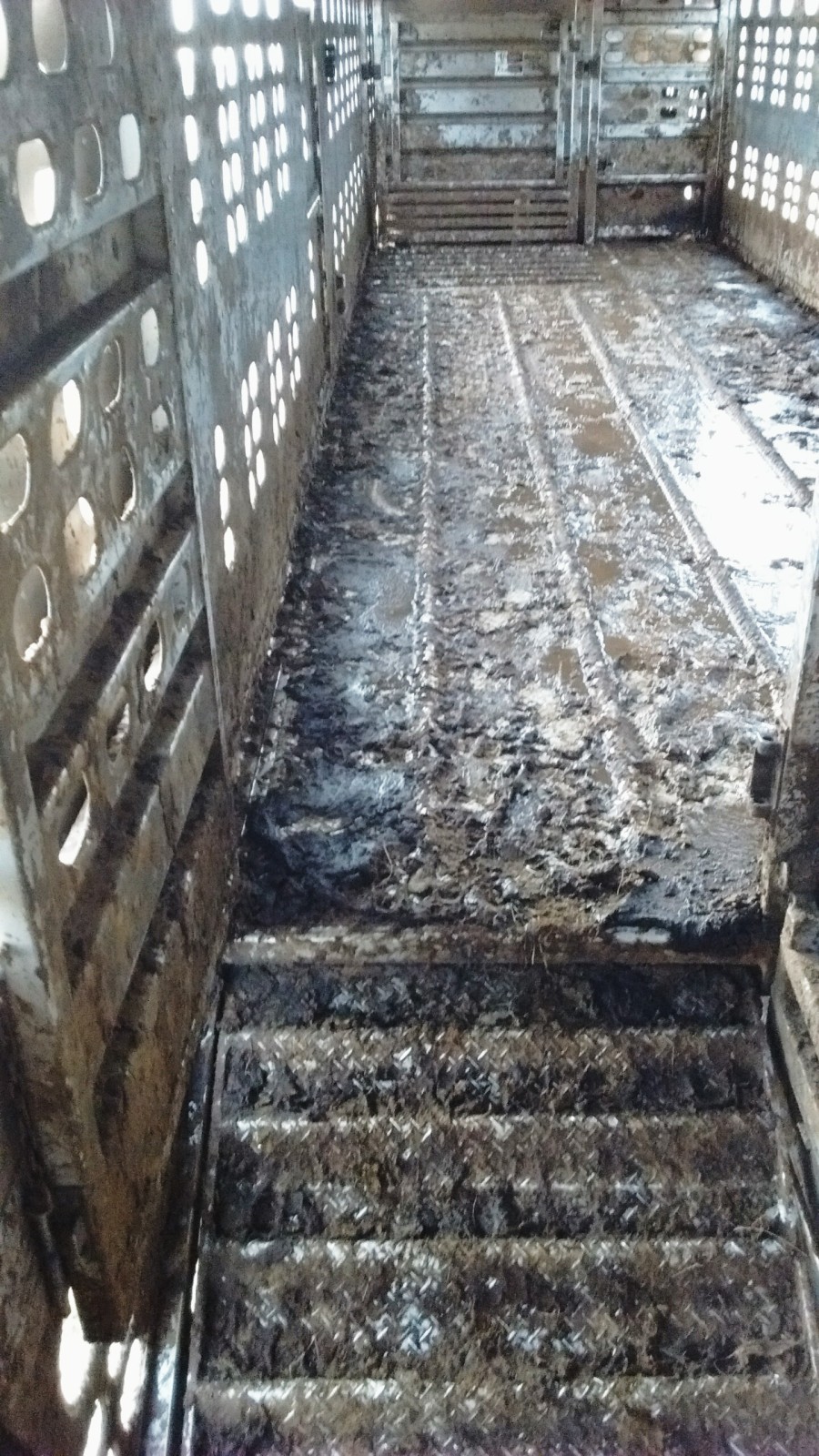 I believe that my next photographic accessory purchase will be a go-pro camera device to wear upon my head to record my daily ranching adventures. This time of year means we start bringing home our cattle from the pastures and when you’re in the midst of the action, it’s next to impossible to be doing selfies and catching the “procedures” for future viewing pleasure.

Last weekend found me perched inside the alleyway of the catteliner, straddling the runway whereby below me our bred heifers would be running up into the upper deck of the trailer. Barely hanging onto my little phone, my only photographic device at my avail, here’s my view as I’m alongside the gals snugged into the upper tail end on the liner. 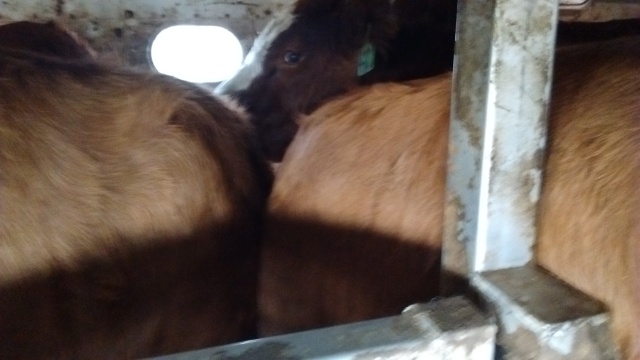 That’s my right foot and leg precariously perched on a ledge (a similar stance was going on with my left leg but I was too anxious to have figured out to hold my phone horizontally for a full view) as the heifers were being chased on below me. Imagine a bull-rider about to sit on the back of a bull…yep, that would be the picture….

Why am I here? Why…to prevent the gals from coming back down that runway after being so cleverly chased on by hubby and the kids outside.

How does this old rancher gal hold back a bunch of 1200 pound bred heifers? She waves her little blue stick, by golly! Appears to have worked too…had them all quietly lined up.

Unfortunately, I only earned half marks though. Apparently I was supposed to be counting them as they clambered on below me….really? 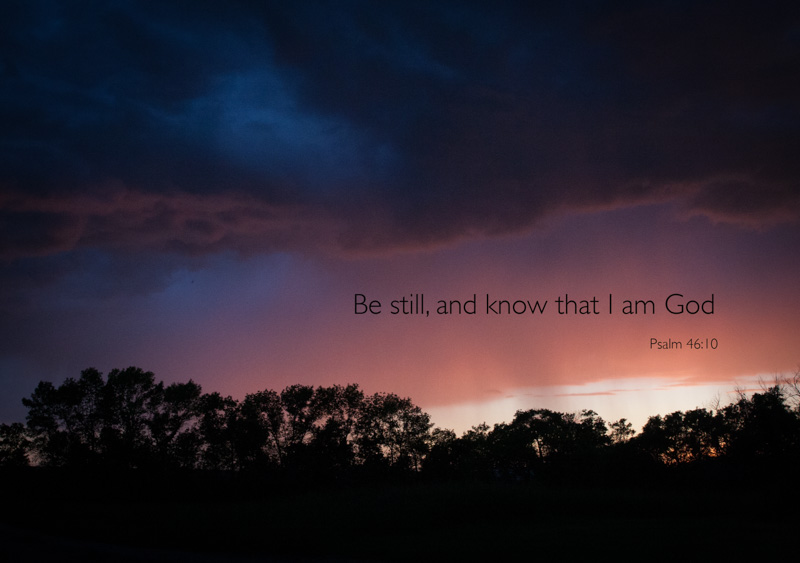 Part of keeping a blog is staying regular with one’s posting. A strategy towards that end is to have a scheduled (somewhat) feature that keeps one focused towards that end. To me, a feature on this blog must also represent what is important and meaningful to me. There are five “F’s” that guide me personally and keep me grounded on this earthly journey:

All in this order. Because it is my five “F’s” – I give myself permission to have a double-F as #2.  Therefore, in light of the most important of my “F’s” – FAITH….my new feature will highlight scriptures that, again, keep me grounded and help guide me through this challenging agricultural industry we have chosen as our livelihood.

From time to time I will tag along with my hubby on one of his trucking runs as he tours back and forth from north to south and east to west within the province. He took me down south the other night with a load of cattle that had to be dropped off at three different feed lots.
What would normally be a routine exercise for him, turned into a “Gilligan’s Island” type of adventure…you know the one where the guests head out for a three-hour tour and end up shipwrecked for years and years.

Ah well, I exaggerate now…..
Our adventure began on the delivery to the third feed lot and it was approaching 1AM and it’s dark. It seems dear hubby didn’t really know the exact location of the last feed lot. He hadn’t delivered to this site for years and he would have approached it from a different direction than what we attempted that night. The disorientation begins! 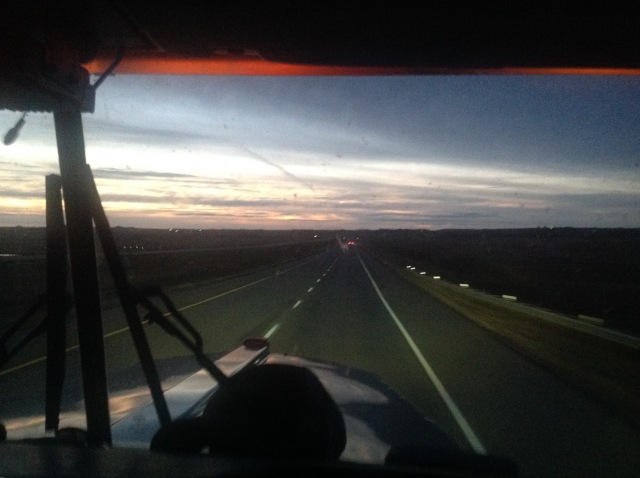 Imagine the degree of difficulty in turning a semi-truck and cattleliner around in the dark, on unfamiliar country roads and even within the city of Lethbridge…..yes, he turned that creature around in a parking lot and even pulled a redirectional u-Turn in the middle of a major roadway within the city. I believe I recall he backed that unit up five different times as we tried multiple directions in our search. And we still had 16 animals on board!

Still lost by 3AM….so we parked ourselves and tried the sleep-thing in the driveway of another feedlot hoping that daylight would bring on some early-riser workers and we would get some directions to our last drop-off point. Yes, still loaded with 16 yearling calves stirring and moving around in the trailer we’re attached to whilst we try that sleep-thing.

Once the beauty of daylight and civilization returns….the lost find their way and the hungry animals get to their feed bunk. Turns out we were only a couple kilometres away from our destination!

Our journey home was less eventful so I grabbed some environmental shots as we rumbled northward.

There are a ton of power poles in the south. These mammoth giants string their way all the way to the north but they are far more prevalent in the fields down there…. they are what is taking us away from good old fashioned coal power-generation. Also along our route we pass one of the last standing coal plants….Sheerness Generating Station. Not quite sure what to think about all of this and what it means for our province into the future. 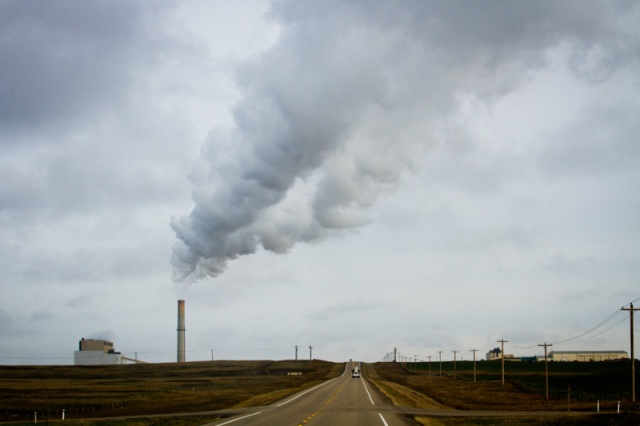 Of course, we couldn’t get all the way home without one more little piece of excitement. We met up with a wide load….a really wide load…on a small secondary highway with really no shoulders. Again, my hubby amazed me how he can park his huge true and trailer unit on the precipice of the “shoulder” as we let this beast go by.

I was dropped off at home and hubby carried on for another trucking adventure on his own. Somehow, I don’t think he has these kind of episodes when he’s travelling solo. I think I might have jinxed him on this short trip which happened all within 18 hours from start to finish. I also am cured of any thought of getting my Class One License and going trucking! 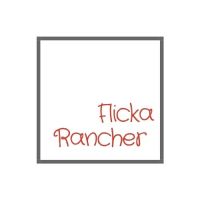 Meanwhile, back at the ranch...

music, poetry, musings, photography and philosophy from a woman who found her way back home and wants you to come over for a hike and a cocktail.

The Art and Craft of Blogging

My Second Act, Scene One

From lady banker to lady rancher. Finding purpose at "home on the range" after 38 years in the office.